25th October 2014 (7.30pm)
Burngreave Cemertry Chapel, Melrose Road, Sheffield (this will be the launch of the 2nd album).

"As soon as we heard this the massive and mesmeric sounds found here on the debut from the Orchestra Of The Upper Atmosphere, we knew it was Record Of The Week material!" - AQUARIUS RECORDS, SAN FANCISCO

"It's bewitching. Ladies and gentlemen, we have our first contender for 2013's year-end list." - Francois Couture, Monsieur Delire

"Orchestra of the Upper Atmosphere" offers a downright impressive, very individual and colourful mixture of sound, that I can only insufficiently describe, so as if Circle, Terry Riley, Tuxedomoon, the Taj Mahal Travellers and some post rockers from Montreal, often supplemented by a little string or brass ensemble, would have recorded an album. The music is very dense, very intensive, very colourful, very professionally presented and with its very own atmosphere, so that one can only listen in awesome fascination despite the length of the album. Whoever likes the krautish experimental, the electronic post rock, the minimalistic hypnotic, modern ensemble music, and true progressive sounds should get immediately the "Orchestra of the Upper Atmosphere." - BABYBLAUESEITEN PROG REVIEWS

"Dripping with luxuriant folds of droning, organs that recall the stately grace of Terry Riley's early works, the swirling movements and textures create a series of collisions that are stylish and arresting." - Sid Smith, PROG

"If you're a fan of artists like Alice Coltrane, Magma, Phillip Glass, Terry Riley, Tangerine Dream and David Bedford, you must get this album. Orchestra of the Upper Atmosphere is a cosmic feast for the ears and mind, and will take you to places unknown, from the depths of the human soul to the farthest, darkest reaches of the universe. Highly recommended!" - Jeff Fitzgerald AURAL INNOVATIONS 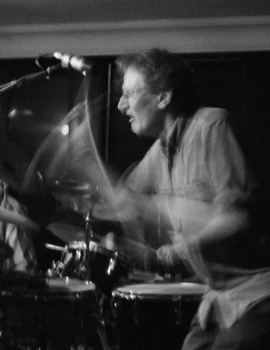 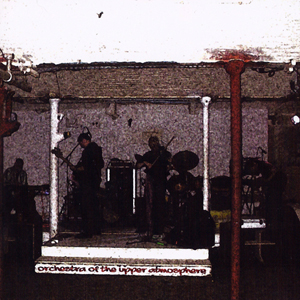 "It is the job of the progressive artist to propose an alternative reality, and preferably one in which all notions of common sense have been completely eradicated. This collection is our proposal." - Martin Archer

B1. An Open Vista Is Revealed
B2. He Died Before I Could Get My Revenge
B3. Almost Unrecognisable But For Its Surface Markings
B4. The Umbral Length Of Shadows
B5. Rainforest Tension
B6. Nimbus
B7. Their Dark Presense Stretches Through The Void 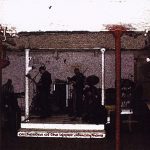 Almost Unrecognisable But For Its Surface Markings (11:04)